DAY 1 : Fes – Ifrane – Azrou – Midelt – Ziz Valley – Errachidia – Merzouga
After breakfast driver to Merzouga via Ifrane the Small Switzerland and the French village, the most popular skiing area continue to Azrou the cdar forest where you can see the small Macaque monkeys climbing the trees, Azrou famous for its Sheep’s-wool carpets and cedarwood carvings. Continue to Midelt the Aple’s Capital then cross the Ziz Valley, which links the High Atlas Mountains with the Sahara desert. Revel in the shade of palms and discover the charms of the old abandoned Kasbahs among the traditional Berber villages. Arrive at Merzouga then ride out your camel crossing off the ocean of the dunes in order to spend the night in the heart of the dunes. Dinner and overnight under nomad tent.

DAY 2 : Merzouga – Erfoud – Todra Gorge – Boumaln Dades – Dades gorges
We will rise early to see the spectacle of the sunrise over the dunes of the Sahara before making our way back to the hotel for breakfast and a shower. We’ll drive through the Saghro mountains  We will take a walk in  Todra Gorge before arriving at Boumaln Dades  for dinner and accommodation in dades gorges.

DAY 3 : Dades Gorges – Rose valley – Ouarazazte – Marrakech
After breakfast, leave for Ouarzazate along the Road of a Thousand Kasbahs.Then cross the plam groves of Skoura, continue to Ouarzazate, and the Famous Kasbahs of Ait Ben Haddou. This UNESCO World Heritage site dates from the 16th century and has provided the setting for numerous Hollywood films such as Babel, the Lawrance of Arabia, The secret of Sahara, Légionnaire. Lunch in Ait ben Haddou, Travel to Marrakech via the High Atlas Mountains. 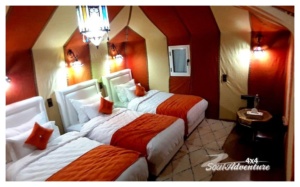 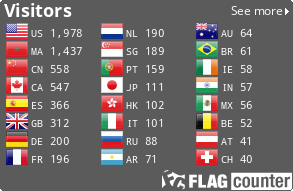